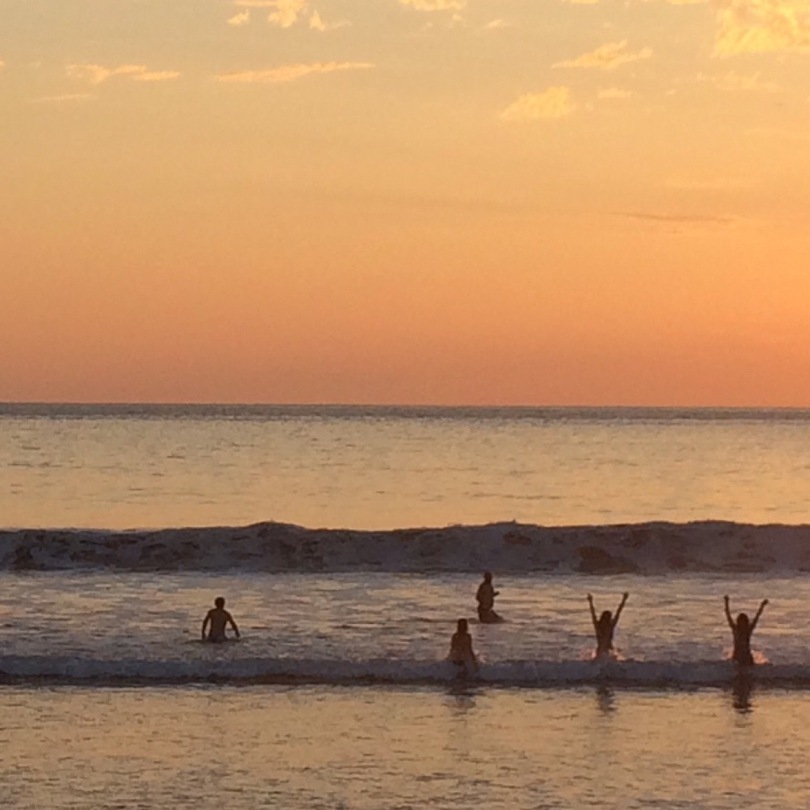 Traveling has been, and will always be one of my greatest teachers. I recently returned home to Seattle from a life changing trip to Costa Rica. Prior to this trip, I had not left the country for almost 8 years. The last time I left the country, I had been traveling around Mexico and Belize with my dear friend and soulmate. During our travels we kept saying to each other that things were too good to be true because everything and everyone we had encountered thus far was fantastic. But we were right, it was too good to be true, because my friend ended up drowning in the ocean in Puerto Escondido. I miss her everyday. I’ve spent the past several years healing and grieving her passing, living life each day knowing that there are no guarantees, and our existence is precious. Don’t take things or people for granted.

I caught my first travel bug my junior year of College. I took a quarter off from my studies and worked to save money to go backpack around Europe with a good friend from my childhood. We saw incredible places and art and architecture, we met all kinds of interesting and wild people. I fell in love with Scotland and vowed to go back someday, which I did a year later and stayed for 8 months. When I returned to Washington State, which has always been my true home, I got a job as a Barista at a coffee house. Thats where I met Brittany, and we decided to go travel around Mexico and Central America. We planned to go to Costa Rica, but never made it.

Returning home from the nightmare of Brittany drowning, I had no idea what to do or where to go next with my life. All I could do was live moment to moment. Everything in Seattle reminded me of my friend. I felt lost, I felt uninspired and complacent. So one day I decided to move to California. I had some friends there. It was sunny, it was something different. I packed up my VW Jetta and drove south. I saw friends in Portland for a few days, I couch surfed with a pot farmer in Chico, and a software designer in the central coast. I visited an old friend in San Diego who was in the Navy there. Then I went back north to the vicious beast of a city Los Angeles, where I stayed for two years. I had a good friend there. And a guy I liked. I bought a little sailboat and sailed and partied all of the time to try to subdue the confusing emotional state I was perpetually in. Being on or in the water has always contented me, and somedays it was scary and painful to be in the ocean where Brittany was swallowed up, but a bigger part of me felt even more connected to her. I think thats why I bought a boat. She would have said to do it too.

One day I found myself going to yoga at a popular donation based studio in Santa Monica. I had done some yoga before, but nothing that had a profound affect on me. My teacher in Santa Monica was the first teacher that gave me that profound awareness, the yoga high. I drank the koolaid, and I couldn’t get enough. Being in that practice space, on my mat, with Travis’ voice guiding me was where the real healing began for me. I realized my time in Los Angeles needed to come to an end, and that my path was to become a yogi. I sold my boat, said goodbye to my friends, and drove home to Seattle. I called my old boss at the coffee house and asked if I could come back and work, and he said he had been waiting for me. I worked hard and began researching yoga schools to study at. I went to Maui and studied with two incredible teachers. Getting deeper in my yoga practice, allowing myself to address my pain and confusion through spirituality and being in nature on a beautiful Island in the middle of the largest ocean in the world. I had found my calling. I came back to Seattle and began teaching yoga. After 5 years of teaching, I planned to teach my first solo lead yoga retreat in Costa Rica. A place I had been compelled to go to for the past 8 years. I finally made it there, doing what I love, and sharing my wisdom with others. I went through an array of thoughts and feelings. It was both relaxing and challenging to be there. I was putting out a lot of energy into guiding the retreat group, but also having moments of self reflection. I felt raw and vulnerable. I was able to peel away some layers of myself that I hadn’t been fully ready to address before. Costa Rica is a beautiful country, with kind people and an easy going way of life. People there seem to understand what is most important in life. Its said to be one of the happiest countries in the world, and its one of the most sustainable ones too. The energy of the land and the people is wise.

The last night I was in Costa Rica my group and I went to the beach to watch the sunset. We ran into the ocean and body surfed. My friend who came along on the trip with me and I looked at each other and shared a moment that we both knew would never ever happen again. We smiled and laughed and decided right then and there. To let go.

Home in Seattle again. Single for the first time in 5 years. I have my true loves though; yoga and traveling. Today is a new day, and I’m ready for whats next.